Is there a housing shortage?

There is a new housing crisis in this country– not enough homes. According to the Wall Street Journal, fewer homes are being built per household than ever. Because the economy is doing well, more people are looking to buy, but new homes are not being built fast enough to keep up with the growth of demand. 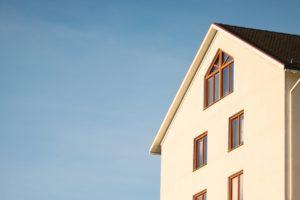 The overall inventory of new and existing homes for sale hit its lowest level on record in the fourth quarter of 2017, according to the National Association of Realtors. That is pushing up prices, giving millennials few options. Many in that age group are ready to purchase their first home, but are being priced out of the market or being forced to move to the suburbs and take on a longer work commute.

If demand is so strong, what’s the problem? According to industry experts, land and constructions costs skyrocketed since the end of the last construction boom in 2006. Add that in with stricter regulations, a lack of land and fewer qualified construction workers and you have a housing shortage.

The National Association of Home Builders estimates that builders will start fewer than 900,000 new homes in 2018. That is less than the roughly 1.3 million homes needed to keep up with population growth.

The shortage is causing issues for current homeowners as well. Some owners who once considered selling have decided to stay put after seeing the small and pricy inventory they have to choose from. Many people are remodeling and making renovations to their current home instead of looking for a new one.

To provide more affordable options, many builders are choosing to create developments in untapped areas. In Florida, a number of projects have popped up on areas of the West Coast that were untouched for years. Here at Richard and Rice Construction, we are seeing a big increase in projects out west, in places like Fort Myers and Naples.